A new dashboard widget Device data security shows the level of data security on the managed Android, iOS, and Windows Phone devices. Windows 10 laptops are excluded from this report. 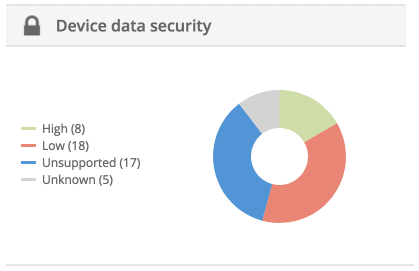 A new configuration profile was added for controlling whether the use of Activation lock is allowed or denied on supervised iPhones and iPads that are managed with Miradore. 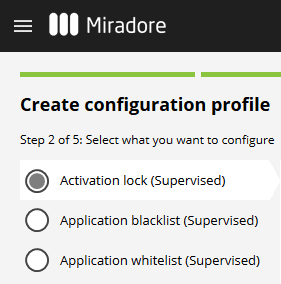 This configuration profile cannot be used to unlock a device if user has activated Find my iPhone. To unlock the device, use the bypass code or the Disable activation lock action provided on the device page.

Device owner enrollment is now available in the Free Plan

Administrators can now download end-user data from Miradore in a normalized form. The data export can be performed using the Export user data action which is located in the Actions menu of the User page. The export file contains the user data that has been saved of the selected user in Miradore.