This article explains how you can set up fully managed Android devices using NFC and Miradore.

Before you can start enrolling devices, you must prepare either an NFC tag or a programmer device that you will then use to transmit the enrollment settings to the devices.

What happens during the NFC provisioning?

Configuration options for the NFC provisioning

You can configure settings such as the Wi-Fi configurations, Miradore enrollment credentials, language, and time zone for device setups. These settings are encoded in the enrollment QR code that you must read with Miradore's NFC app when you're preparing the programmer device or creating the NFC tag. You find the configurations on the Enrollment > Android Enterprise page in Miradore. 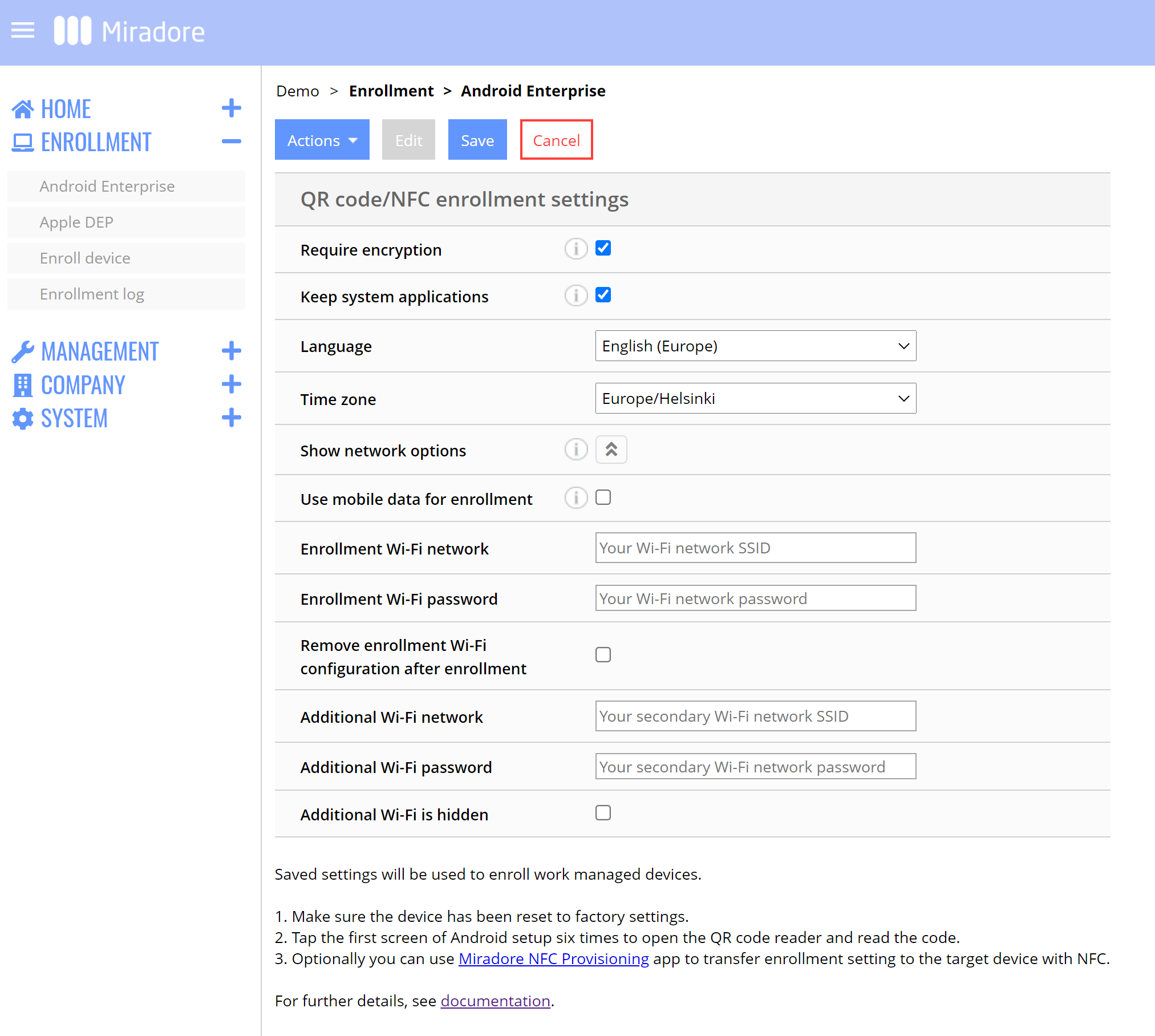 More information about some of the settings:

How to enroll and provision an Android device over NFC

Video: how to create the NFC tag

The following video shows how you can create an NFC card with your Wi-Fi settings, and how is it used to enroll devices to Miradore in fully managed (device owner) mode. 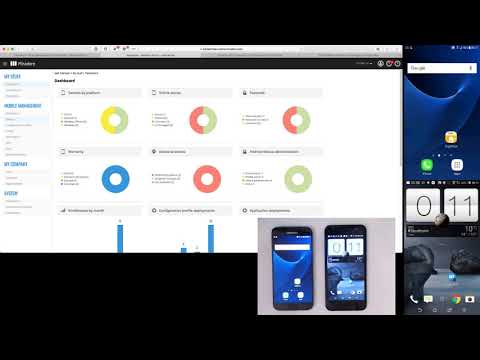 How to assign a user to the provisioned device

In the NFC enrollment method, fully managed devices are enrolled automatically to Miradore using mass enrollment and might not have a user configured. Therefore, you need to assign a user for the device after enrollment. You can do that through the device page on Miradore.

You can also use device identifier CSV import before enrollment to upload a list of the serial numbers and user relations that are checked and linked automatically during enrollment. i.e. if you know beforehand that a certain device is given to a certain user at some point.

How to prevent users from removing the management?

Factory reset is the only way how users can remove management from fully managed Android devices.

Have feedback on this article? Please share it with us!