Restricting the use of accounts on Android devices

When are restrictions on the use of personal Google accounts needed?

Although the managed Google Play store is present, device users can, by default, also access the public Google Play store using a personal Google account - which may be considered to negate the benefits of having the enterprise app store.

In order to address this loophole, you can deny the use of personal Google accounts on Android devices entirely, or allow their use but just block access to the consumer version of the Play Store. The latter option is viable if you, for example, want to allow the users to configure their personal Gmail accounts to the device.

Steps to restrict the use of personal Google accounts

When deploying the configuration file you will be first asked to confirm the profiles and then press Deploy. 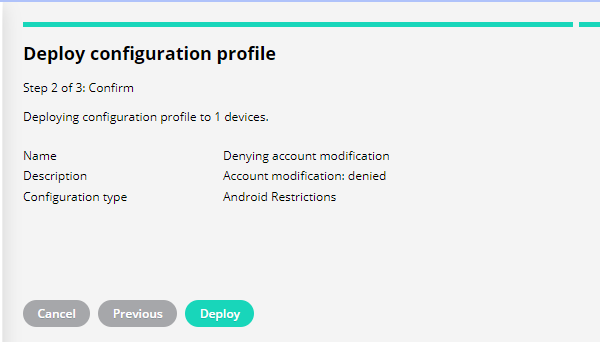 The third step is just confirming the deployments.

If you then try to add an account you will get the following message on your device. 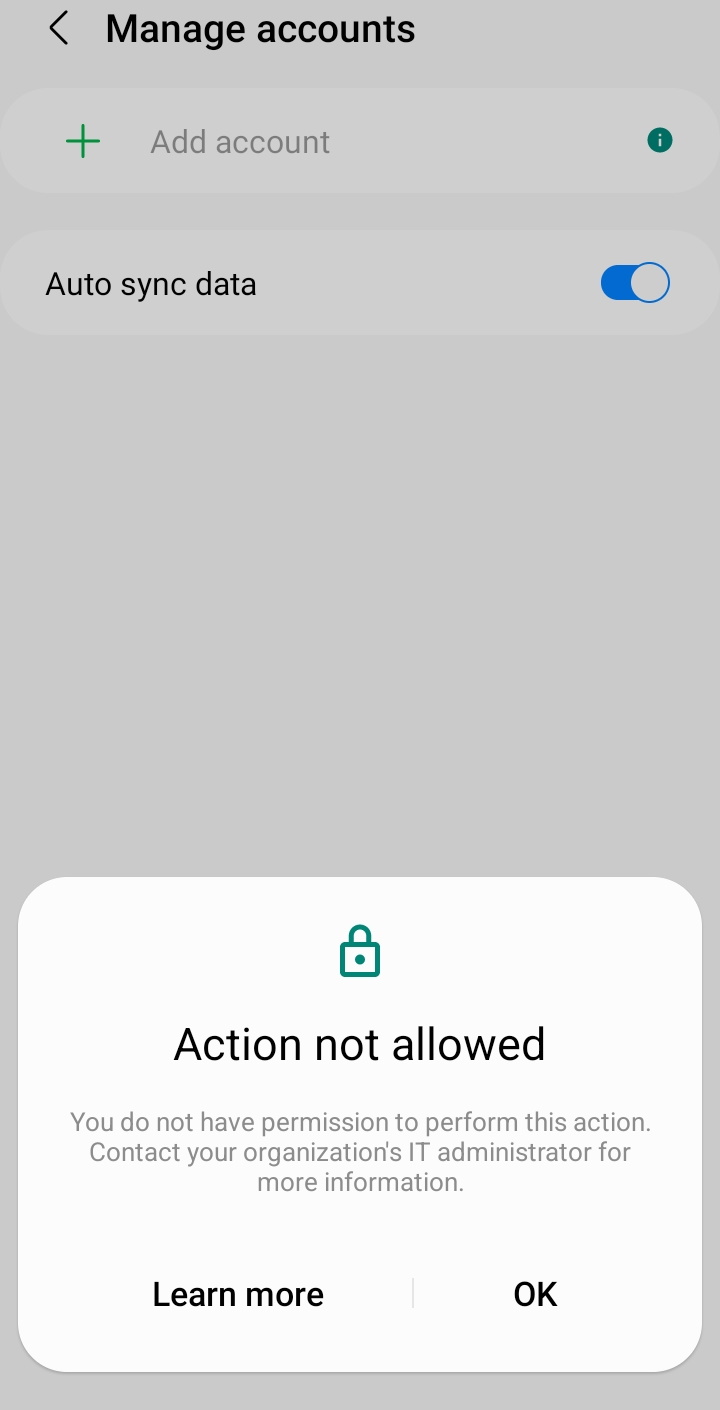 Also on Samsung devices accessing the Samsung account will be blocked as seen below. 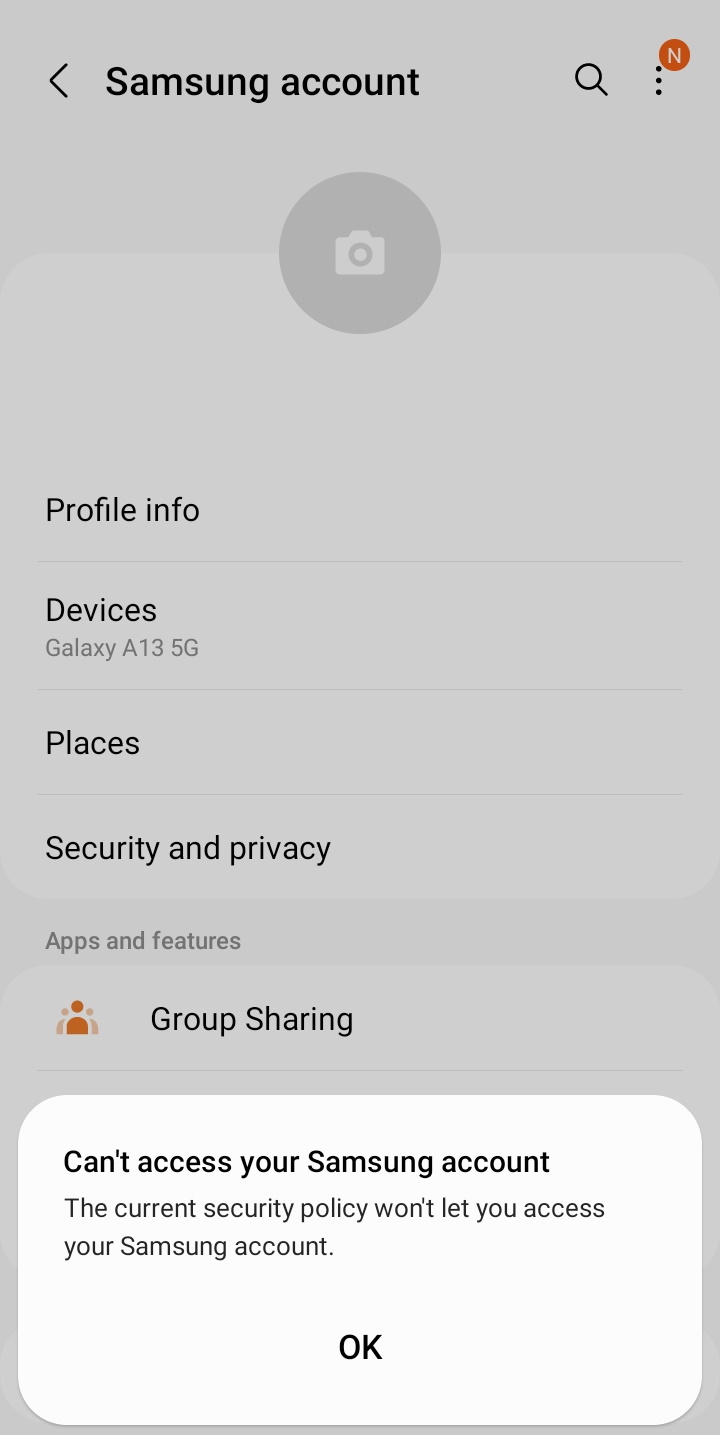 Worth noting that you can check the device management mode and client version from the Client version and Management type columns of the Devices page.

Have feedback on this article? Please share it with us!