Unmanaged devices are no longer a problem for Torsby

Health and social services, in addition to the school, with its classroom iPads, faced the same problem, which applied to all Apple devices. Those were often tied to personal Apple IDs, which meant a lengthy process with Apple’s support upon reassignment. So, a way to lock devices down was needed.

To ensure compliance with Apple’s terms and licensing, as well as to enable the mass distribution of apps, the municipality also wanted to avoid using the same Apple ID across multiple, non-personal devices.

"We fell in love with Miradore"

As the municipality assessed their MDM options, they evaluated both VMware AirWatch and MobileIron before finding Miradore.

“We fell in love with Miradore, starting from the price tag and their very generous educational discounts,” explains Hornman. “Miradore saves us from thirty to fifty percent compared to other similar offerings. We know for a fact that some neighboring municipalities pay more than double per unit for their MDM.”

Miradore gives Torsby’s IT staff an easy-to-use tool for application management and deployment. To make things even sweeter, Miradore is easy enough to use for non-IT professionals, such as teachers, who have been assigned limited admin rights.

What’s more, having separate Miradore licenses based on different sites helps in everything from policy creation to license management.

Miradore's location tracking feature has proved invaluable in preventing the theft and loss of devices. According to Hornman, its quality is hard to match even among the biggest MDM names.

Torsby’s staff is equally enamored by the painless central management, including remote device enrollment and app deployment. This saves everyone time, as users no longer need to travel to the IT department for setup.

Satisfaction and productivity: employees can use personal Apple IDs

Thanks to Miradore, Torsby can now combine employee satisfaction and productivity by allowing them to use their personal Apple IDs for devices assigned to their use, while keeping the devices themselves tied to the organization. For non-personal, classroom-type devices, further restrictions can be used to stop devices from being associated with personal data.

Last but not least, David Hornman is very vocal in his praise of Miradore’s support.

“They always provide answers quickly and nicely. On top of this, they are very proactive about passing on wishes and feature requests to developers. It’s great to see them making investments in features we need out in the field.” 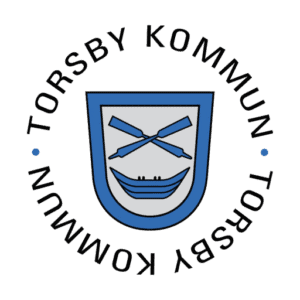 Torsby is a small town located in west-central Sweden. Bordering Norway, the Torsby municipality is one of the country’s largest municipalities in terms of size.

Miradore really stands out when it comes to ease of use. The customer service is top-notch. Any time I’ve had a question, I’ve gotten an answer in less than an hour.

Learn how the largest provider of software to the United States public sector improves deployments and cuts costs.

The interface is really polished: it’s all in your control, and the commands and actions are clear enough to get work done with hardly any learning curve.

Learn how an Italian town manages devices in a single cloud environment.

The great thing about Miradore is that I’m no longer left in the dark about our devices – all the information I need is easily accessible on the web.

Learn how a Finnish town increased device security while keeping costs down.