What’s new in Windows 11 and should you upgrade? 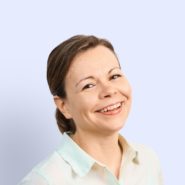 Microsoft released Windows 11 officially on October 4. Now, you might be wondering what’s new in Windows 11 and whether you should upgrade to the new OS version.

To help you decide, here are some release highlights and other things to consider before upgrading.

With Windows 11, Microsoft has been concentrating on the usability and look and feel of the operating system. The new OS version has a clean design with rounded corners and pastel shades and many interesting UI changes, such as:

Moreover, the Microsoft Teams application is integrated into Windows and can be accessed directly on the taskbar. Later, Microsoft will also release support for Android applications in Windows 11 via the Amazon Appstore.

From a technical point of view, there isn’t much new that would attract you to immediately upgrade to Windows 11. However, there are some highlights worth mentioning:

To run Windows 11, your device needs to meet the following system requirements:

You can check all Windows 11 requirements in Microsoft’s documentation or use Miradore’s new dashboard widget to check your entire device fleet’s compatibility at once.

Should you upgrade to Windows 11?

If your devices don’t meet all the above-mentioned requirements, you might face some slowness or even performance issues with the AMD processor when upgrading.

What’s interesting, Microsoft’s PC Health Check tool for checking the Windows 11 eligibility of the device will be automatically available for devices running Windows 10 version 2004 and above. This raises the question — will Windows 11 be automatically pushed to devices at some point?

If you’re using Miradore, you can easily manage Windows updates and, for example, prevent your employees (or device users) from upgrading to Windows 11 by adding a restriction on your Windows devices.

Anu joined Miradore in 2018 and she has several years of experience in information technology. She works as a Technical Writer helping Miradore users to take full advantage of the software. Especially the user experience of the product is close to her heart.