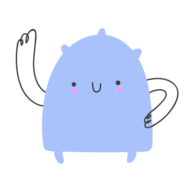 Running a small business can be tricky: everything from tax codes to the duties of employers are usually constructed with the industrial era, big corporations in mind. Yet, in the United States alone,  companies with fewer than 300 employees make up nearly all individual business entities. This is also where most new jobs are.

On the IT side of things, many businesses are struggling to keep up with the demands of operations. While mid-sized businesses often steer clear of small business pitfalls like relying on unmanaged consumer laptops and Wi-Fi, professional IT comes at a cost anyone would like to trim as much as possible.

However, with the mobile revolution, there is light at the end of the tunnel. Getting organized by managing mobile devices through a Mobile Device Management (MDM) product is faster and easier to achieve compared to similar control over traditional desktop platforms. We’ll walk you through some prime examples of how MDM solutions, like Miradore can save companies considerable money over time.

What costs time and money? Lost smartphones do. Without a mobile device management system, it can be hard to track down phones, even if they have some user-activated tracking installed. With tracking activated through MDM, you can save countless hours on productivity and cost by making phones discoverable.

Miradore comes with a feature that allows you to set location checks for phones at set intervals, or to activate an alarm sound on the device, in case you have lost it in some classic tricky place like the sofa cushions.

Other risks with lost phones include privacy and security catastrophes. When a phone gets lost, it’s best to just remote wipe it, and Miradore can do that.

In industries like healthcare, with regulation like HIPAA or the new EU GDPR, preventing data from falling into the wrong hands can save companies from horrendous fines and loss of reputation for failing to comply with regulations. That is, in addition to the obvious ethical problems with such breaches. Many small businesses will be in for a rude awaking in the coming years, if these topics aren’t addressed.

The risk of data misuse also exists if devices aren’t properly erased as a part of decommissioning. With our MDM, it’s trivial to get all sensitive data off a phone once it’s ready to be reassigned. After properly erasing old devices, there’s also the potential of reselling for some cash.

Simply put, the help MDM offers for device lifecycle can have an impact on everyday tasks and business continuity alike.

2. Fly under the data limit

In most of the world today, people have to deal with a quite terrible nuisance: metered mobile data plans.

There’s a lot of potential ways to save data costs by controlling devices, some of which may be applicable in situations where very limited data plans are in use. Web block lists and white/blacklisting of apps are available, but we’d, of course, encourage IT managers to proceed with caution and not limit the usefulness of work phones as portable Swiss Army knives of information.

However, controlling the use of games and video-intensive apps might give your business some breathing room until mobile carriers catch up and bring data usage limits into the 21st century.

In some legislations, you get some tax rebates on business computers only if you can prove they’re not used for non-business stuff. So, in case you have a bunch of company-issued phones and tablets that clearly are meant as day to day tools without any of the fun and games we put on personal phones… make it so.

Again, with the app whitelisting feature of Miradore MDM, you have control over what’s installed.

4. Bring your own device

People tend to have smartphones of their own these days. That’s why, in some work relations, it might not make sense to get people separate work phones. In these situations, businesses can save big by letting workers bring in their own phones.

However, to manage security risks and separating data, MDM might be just the tool you need to arrange this type of situation responsibly and with oversight from IT. Additionally, MDM can help your IT crew save time by using configuration profiles to roll out settings for work e-mails, Wi-Fi and more.

With Miradore, you get a wide range of control over features on both iOS and Android. On devices that support Android Enterprise, there remains an extra useful choice between fully-managed work devices and work profiles, the latter allowing users to keep their personal data, but in a separate user profile on the phone to prevent data leakage.

So, there we have it. Four simple ways in which MDM can push your company profits in the right direction. To get started improving productivity and reducing risks and cost, sign up today. Please contact our sales team with any questions you might have!